I’m pretty much loving the new Twin Peaks on Showtime.  There are some bits here and there that seem awkwardly implemented or haphazardly introduced, but overall I’ve been very pleasantly surprised.  My fear was that David Lynch, having been out of the filmmaking game for so long, would have lost his mojo.  More specifically, that the series would have been little more than a re-tread of the original.  No fear: his mojo is solidly in place, and bright, novel storytelling abounds.

The New York Times has written a lot on the return of Twin Peaks, including a good amount of favorable criticism.  On episode (“Part”) 3:

Mostly though, this hour is pure, magnificent abstraction, right down to the unexplained few minutes of Dr. Jacoby’s spray-painting a rack of shovels. The rest of the series could be nothing but Kyle MacLachlan shouting “Hell-ooo-ooo!” at slot machines and this episode alone will have justified the entire “Twin Peaks” revival.

Thankfully, the other 3 hours have been equally worthwhile, which portends well for the remainder of the series: an auspicious beginning to be sure.

I’m really looking forward to this… 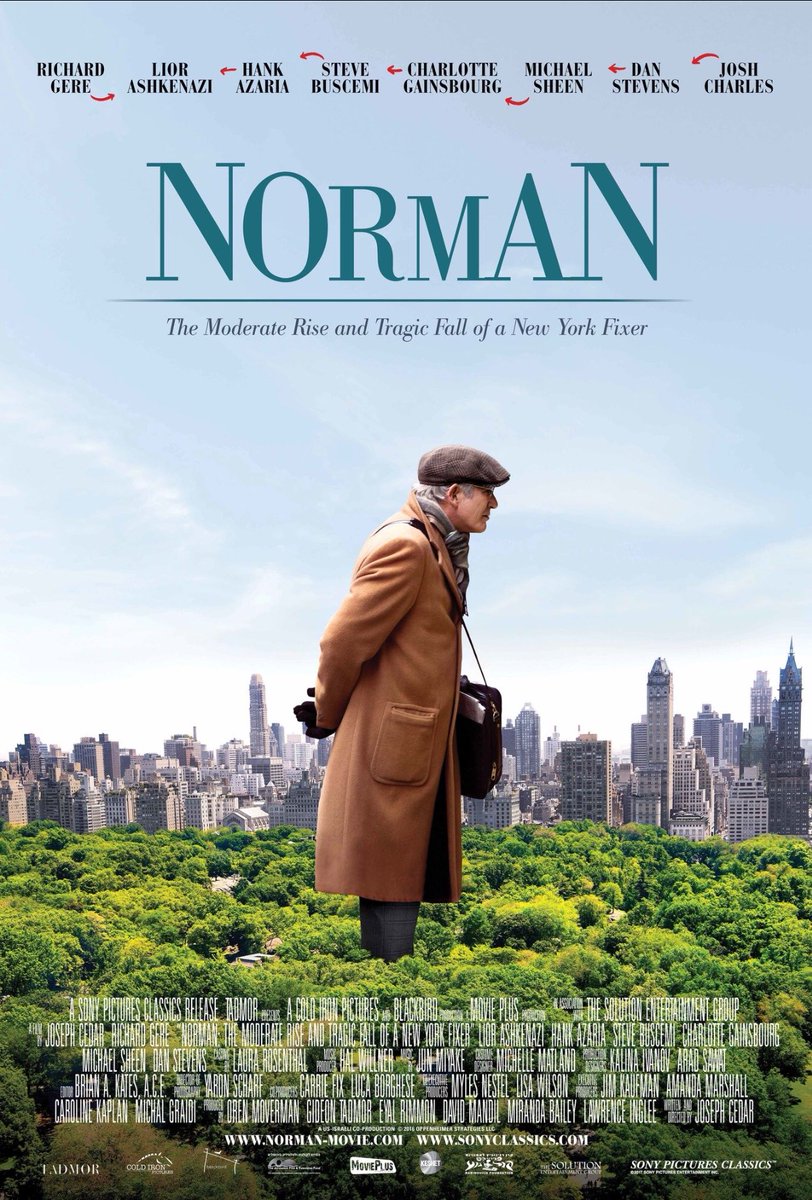 My initial reaction to Richard Gere’s personal odyssey Norman: The Moderate Rise and Tragic Fall of a New York Fixer was a mild thumbs-down due to a number of story weaknesses.  I wasn’t buying the premise.  But following Gere’s Norman around did get under my skin, just enough for a 6/10.

SPOILER ALERT!!  Spoiler follows!  To elaborate, the premise that Norman is, as we find out definitively late in the film, homeless, I just didn’t buy.  A much better movie would have shown, assuming this was some sort of recently-incurred station in life, how it happened.  But even if it had, how would he be homeless at the outset and still years later?  Homeless, yet buying a $1,200 pair of shoes.  I think not.

I love independent, fun little dramas that give you a sense of not knowing where they are heading.  Sleight does that, and well.  There are some scientific and medical non-possibilities which weaken the final third of this brief film, but I love the whole street performer-with-multiple irons in the fire-angle.  7/10

UPDATE: I caught some the beginning parts of Nerve on TV, and was reminded of what a fun and fresh film it is, at least through the first half.  So an upgrade: 7/10.  Just don’t expect it to hold up all the way to the end.