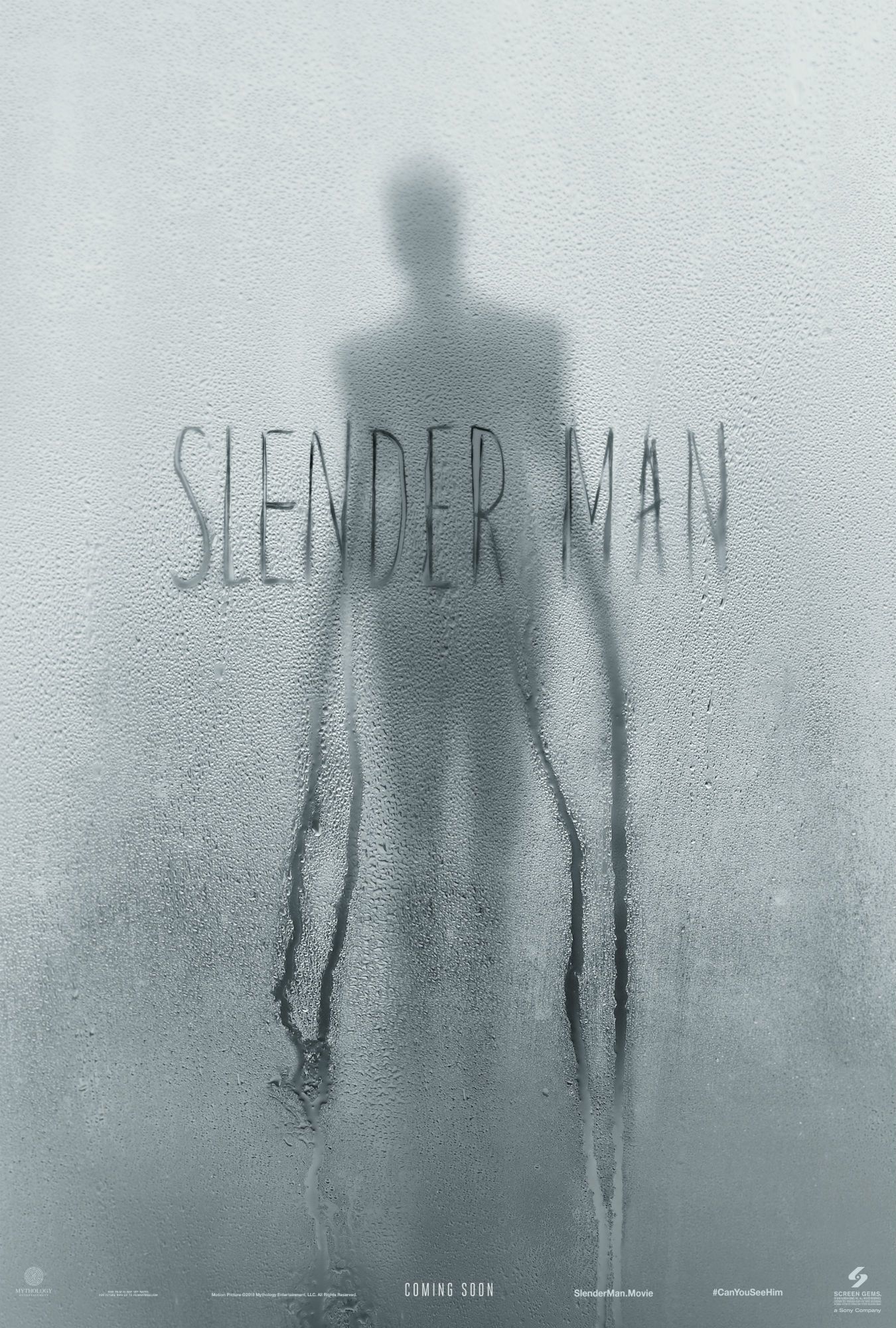 The biggest problem with Slender Man is that for large swathes not much happens, and when it does it’s rather gutless.  Adam Graham, Detroit News:

It doesn’t add up to much more than a shoulder shrug. Perhaps that’s one way to kill off Slender Man: make his story so dull that no one cares.

For what should be a zippy 93-minute film, it sure drags.  There is some minor entertainment value, and it’s certainly no worse than The Conjuring and its ilk that critics fell over each-other about.  This movie did instruct me on a fantastic instrumental track from 1971, “Maggot Brain” by Funkadelic.  But there’s not a lot going on here.  Based on a web/urban legend, once again we see a failure to tap into readily available material, including its own poster.

I will say one thing: a movie like this makes you appreciate the genius of David Lynch all the more.  Funkadelic and the beginning third raise Slender Man to 4/10.

Comparison Notes: The Ring, The Blair Witch Project, The Visit, The Ruins 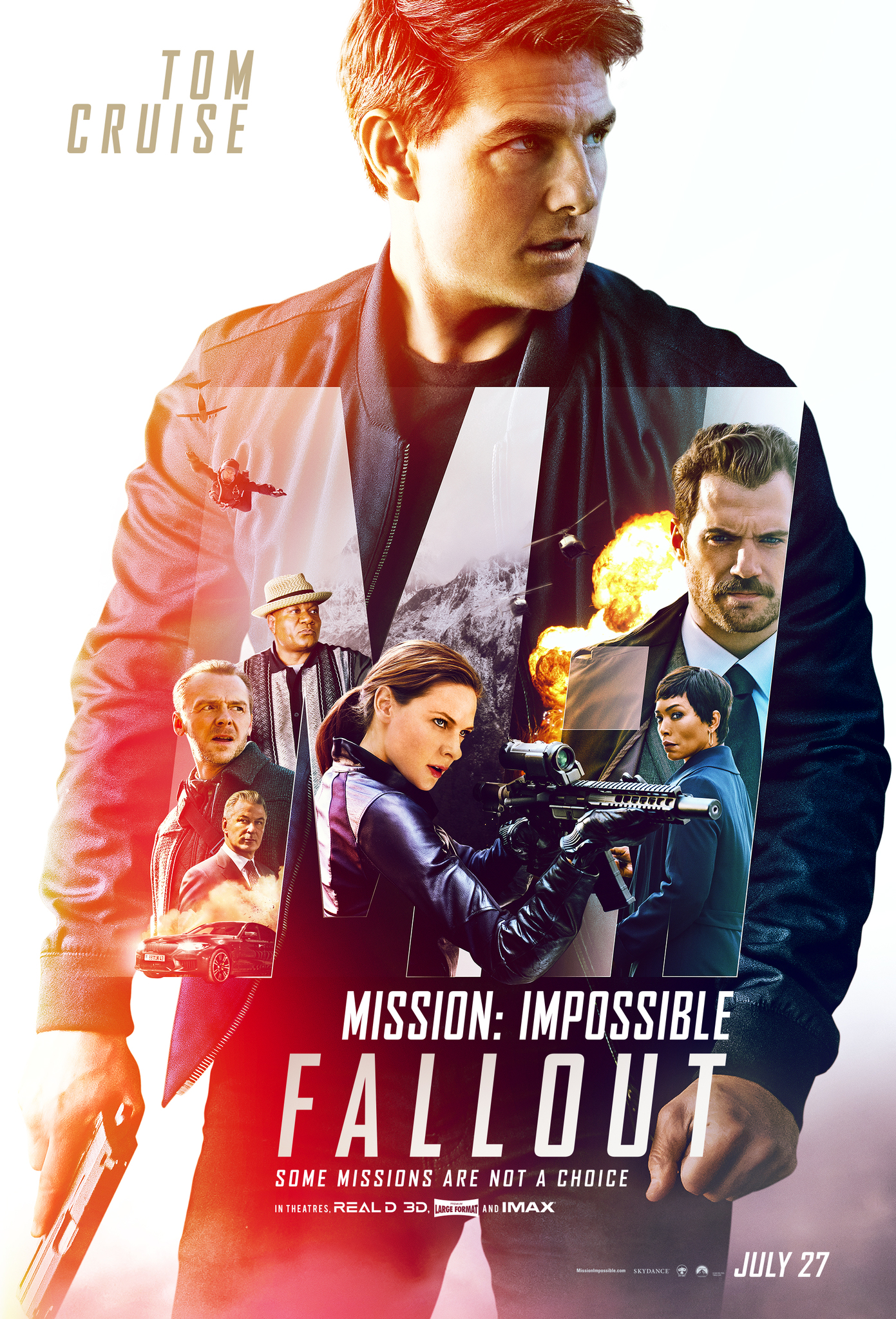 Exposing the ever-shifting true loyalties of characters A, B, C and D without ever spending a second to develop any sense of said characters does not “plot shifts” make.  That’s even more true when a movie otherwise contains no real story.

So Mission: Impossible – Fallout must be considered a pure action picture (no duh).  And on that level it is partially successful.  The problem is the half-hearted attempt at plot only gets in the way of the action.  If this movie is stripped down to the action sequences, an hour could be shaved off and the movie could really fly along.  Because another problem is that the “plot” not only slows down the whole movie, it detracts from the action sequences.

Case in point: early in the film, Cruise & partner parachute onto the roof of the Grand Palais in Paris.  Why?  Because it’s a cool parachute scene.  There is no explanation of how parachuting was easier than just driving in, or if time was an issue, arriving via helicopter.  My mind goes to The Walk.  Oh my god The Walk — such a terrific film, made so much better by comparison to something like MI6.  Now there’s some true vertigo.

Another problem is the action sequences themselves are flawed with a lot of unnecessary silliness, like pipes that are bolted down as part of a restroom’s plumbing being ripped from the wall like matchsticks.  Maybe watch Saw and tell me how easily pipes are ripped from the wall.  I understand you are being asked to suspend disbelief, or better yet not notice these things in the first place, but once I suspend disbelief on items 1-12 in the first 30 minutes of a movie, it’s hard to maintain belief with anything else.  And if I’ve got no belief, then the impossible mission for me is to give a rat’s ass what happens to any of these characters.

Given all that, I admit I wasn’t completely bored out of my mind.  The big helicopter (see, they do have them when they want) scene at the end was fun, as were some of the less-flawed action sequences.  Also, the title sequences were good.  I give credit to Tom Cruise for all the stunt work, but I wish he’d start doing interesting projects again.  4/10

Comparison Notes: other than The Walk, I got nothin’.  Doesn’t seem to be any point.