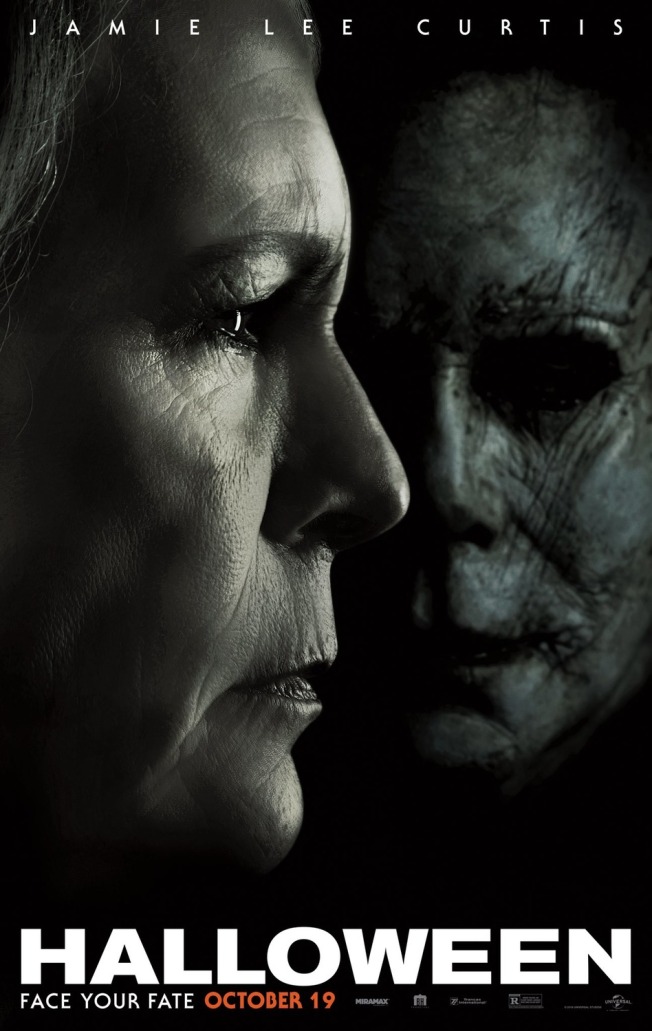 This year’s Halloween is too cheesy, and with too many logic problems, to be scary.  There is a scant acknowledgment of its cheesy/B-movie nature, but that side is hardly embraced.  Worse, the first third is slow and bor-ing.  This 2018 redux is very poor at building any real tension.  I was concerned that watching it would give me nightmares: no need to worry about that here.

I’ve noticed so many of the mass-market horror/terror films lately are trying to be “scary” without having any cojones.  There’s a spate of timidity in these pictures.  Being little more scary than your local haunted house works great for kids, but lands like a dull thud for those of us who’ve already seen more than a couple slasher-hackers.

It would be so refreshing to sense in contemporary productions an appetite to push it to the edge.  That’s why films like Oldboy, Under the Skin, I Spit on Your Grave, A Clockwork Orange, and The Last House on the Left stand out so well.  And that’s why I’ll take a film like Straw Dogs that arguably goes too far over an anemic piece like Halloween.

Or, again, embrace the potential dark comic goldmine at your fingertips.  Think about the sheer glee of Natural Born Killers, Scream, or Mars Attacks!  Halloween 2018 does deliver a modicum of entertainment value, especially with the intro sequence and when that classic soundtrack plays, but this is a disappointing installment by the Blum House Boys.  4/10

Comparison Notes: other than those mentioned above: Alien, other Blum House films, the original Halloween, Movies that’ll get ya

Mid90s needs more story.  Naturally there are some good and very real moments here, but the plot, as it were, is barely more inspired than the title.  5/10 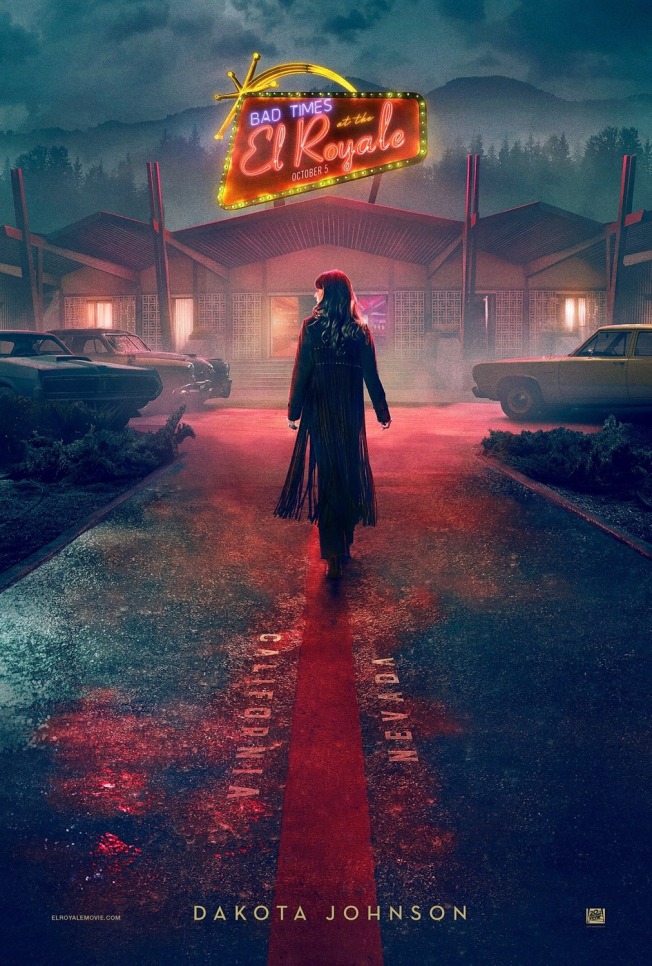 The pacing — especially in the early going — of Bad Times at the El Royale is terrible.  With the rather simple story at hand, an hour could easily have been lopped off.  Either that, or throw some more taters in the soup.  Maybe a little celery.

Put another way: the remarkable setting — as hinted at in the lush and lovely poster above — is largely wasted.  I can only imagine what David Lynch or Quentin Tarantino would have done with both the motel and the pine trees behind it.  Of course, I needn’t speculate: we have Twin Peaks,  and we have The Hateful Eight.

It makes you appreciate Tarantino.  Even at nearly 30 minutes longer than El Royale, The Hateful Eight, largely set in a single lodge room, is never boring.  Only if that could be said of this poorly thought out knock-off.  4/10

The Sisters Brothers features a great, rich, and seemingly accurate visual representation of the burgeoning frontier west, but the language didn’t seem so authentic, oft filled with anachronisms — though I wonder if that was intentional.  A character-driven story, the plot could have been beefed up.  Still, I was entertained as I followed these rapscallions.  6/10 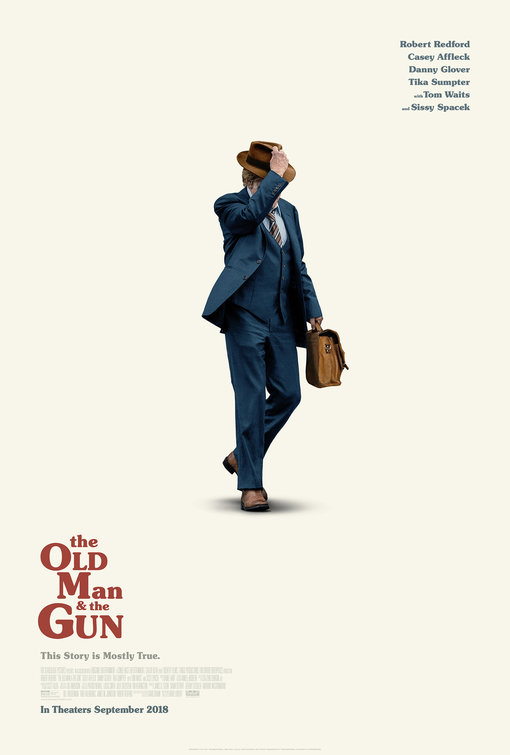 The Old Man & the Gun, possibly Robert Redford’s last picture, had some problems along with its requisite charm.  It also had a lively spirit more times than not.  A high 6/10