C’mon, folks. You’ve got to do more than that. Have a story.

Lush, green, oaky atmosphere (who knew that New Jersey has a corner in Appalachia?), strong performances and a whiff of a plot provide some saving graces, but not nearly enough. 4/10

The next zuhause movie I choose really needs some more oomph. Or any oomph.

The Other Lamb features powerful performances and gorgeous, oft-skewed or inverted visuals; it gets lots of style points and certainly has an idea. But I was not buying large chunks of the premise — not so much the premise of a cult, one of my favorite themes, but the premise as laid out in the details.

One thing that Leave No Trace made clear: it’s not so easy or automatic to be a squatter. The details of exactly how you are so easily existing — even with law enforcement on your tail — need to be dealt with. Again, this is not a general rule, but as a filmmaker you cannot both live in a world of realistic detail and float above it — at least not without being much more more adept at the balancing act. 6/10

IT’S NOT SO EASY TO BE A SQUATTER

Comparison Notes: the aforementioned Leave No Trace; Melancholia, Antichrist, Midsommar, Martha Marcy May Marlene, We Are What We Are, Captain Fantastic, Swiss Army Man, The Witch, The Lodge, The Killing of a Sacred Deer, Hereditary, Electrick Children

Light from Light was recommended, if I recollect, by Apple as a “New & Noteworthy” film; intrigued, I added it to my ever-more-monstrously-large Wish List. It’s short, 82 minutes, and has a 93% Tomatometer score, so I gave it whirl.

Those who follow my blog know that I’m not supposed to give a hoot about Tomatometer scores, but, I admit, 93% holds a little sway for a small film like this that I know nothing about. The Tomatometer didn’t exactly break on this one, but I was hardly as gaga as the few critics who recommended it (only seven “top critics”).

I found Light from Light a quiet little film, lovely — to a degree, but hardly earth-shattering. I reckon it fit my mood, even if the story was a bit wanting. Something was kinda sweet about it, even though, in a sense, almost nothing happens. Look at it another way and plenty happens. The little romantic elements in it combine with a sphere of details to form a complete picture, and ultimately a satisfying one.

Back to the Tomatometer — I disagree with the critic who said “it is a gem likely to stay with anyone smart enough to seek it out.” Gem is a strong word here, and I can’t see thinking about this movie in as little as a year from now. Recommended, though, with the standard caveat-pack. 6/10 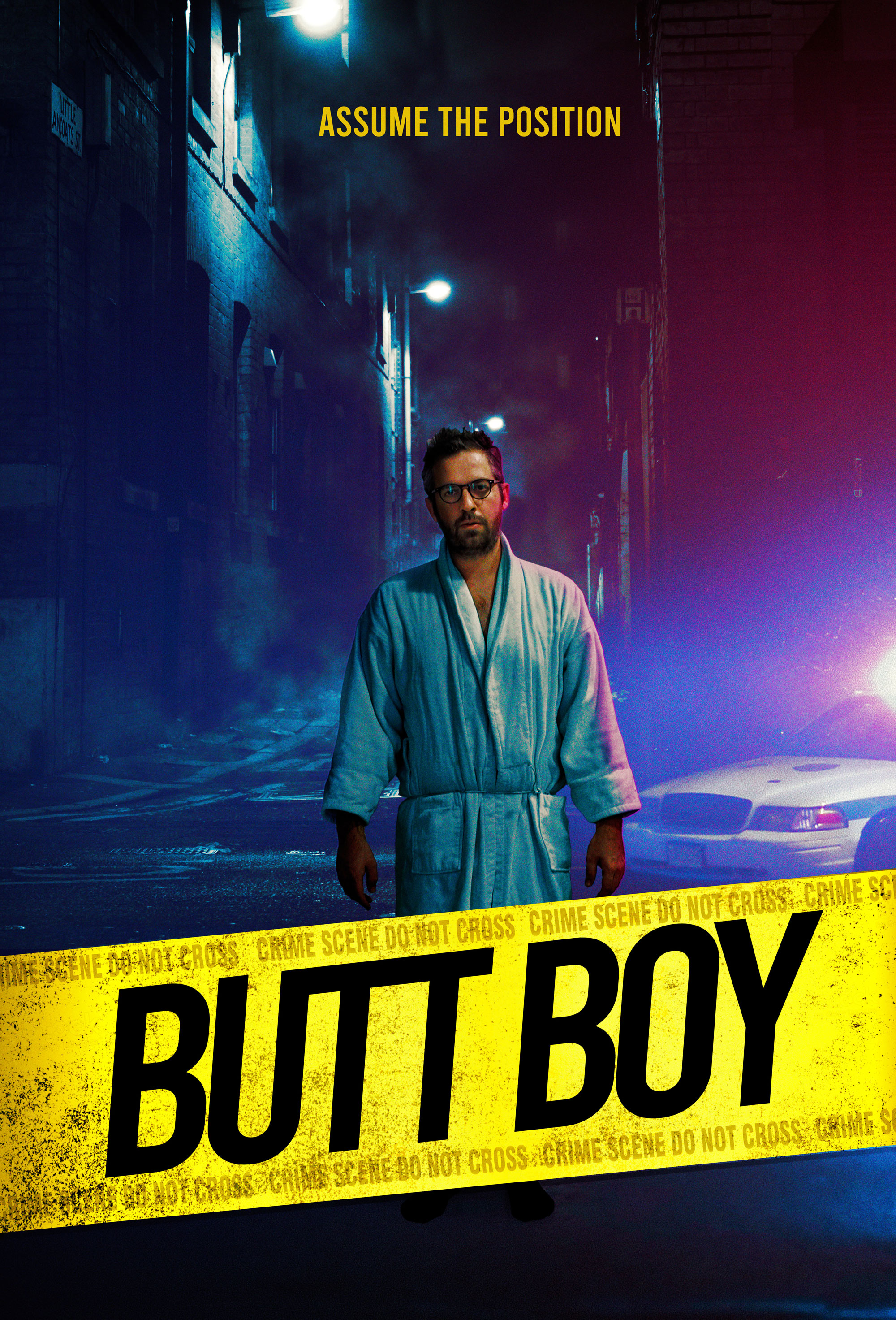 Credit goes to Jeannette Catsoulis and The New York Times, which I’ve been reading a lot lately, for bringing be finally back into the fold of watching movies at home. Or one movie, at least.

Ms. Catsoulis’ review is titled “‘Butt Boy’ Review: Compulsion as Comic Noir,” with the tagline: “A search for missing children leads to a man with a strange impulse in this wildly polarizing film.”

I’m not sure how wildly polarizing it is, but she starts out:

To endorse a movie titled “Butt Boy” is to commit to its lunacy — and, dare I say, cheek — as fully as its makers. And maybe it’s the hell we’re all living through right now, but Tyler Cornack’s orificial fantasy struck me as a hilariously bawdy, intermittently inspired act of vivacious vulgarity.

As typical with so many critics, that’s overstating it. But I admire her enthusiasm, and her alliteration.

My take: I like it when stuff happens in a movie, and it does in Butt Boy, in a mix of somber and corny, or more aptly Cornholio-y, and of both professionally and amateurishly executed filmmaking. This movie doesn’t wait around like so many A24 dramas.

There are a couple minor logic issues, larger story problems, and significant production weaknesses stemming from a lack of visual / cinematic prowess. A moment here or there where so-so TV drama quality is on display doesn’t help.

But to the Times’ take, this movie has an idea. It’s a fun story that mostly compels with dramatic buildup. Like those diversions listed in Comparison Notes below, you’re not likely to forget this one soon. 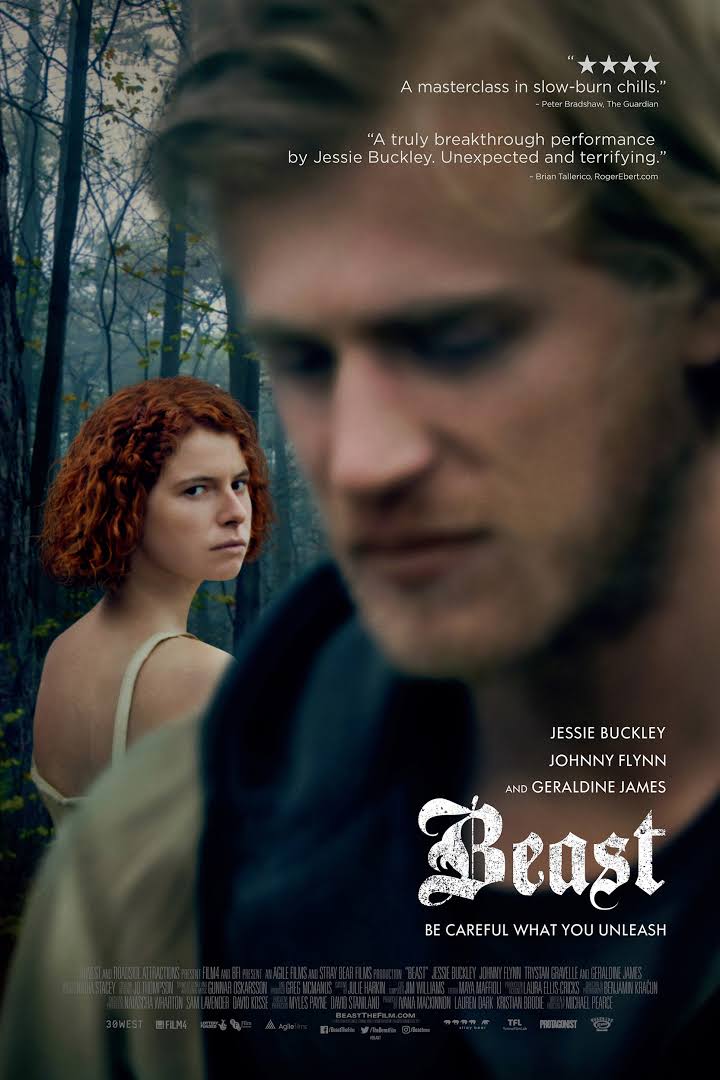 Beast had me well intrigued for most of the going, but the final third was a muddling disappointment.  Or put another way, I liked this movie until I didn’t.  The concluding scenes are not so clever or original as I think the filmmakers, and most critics, believed them to be.  I will grant that the romance at the center is compelling.  A marginal thumbs-down; 5/10

Comparison Notes: the much to infinitely better: Lady Macbeth, Side Effects, Ex Machina, Under the Skin, Thelma, The Box 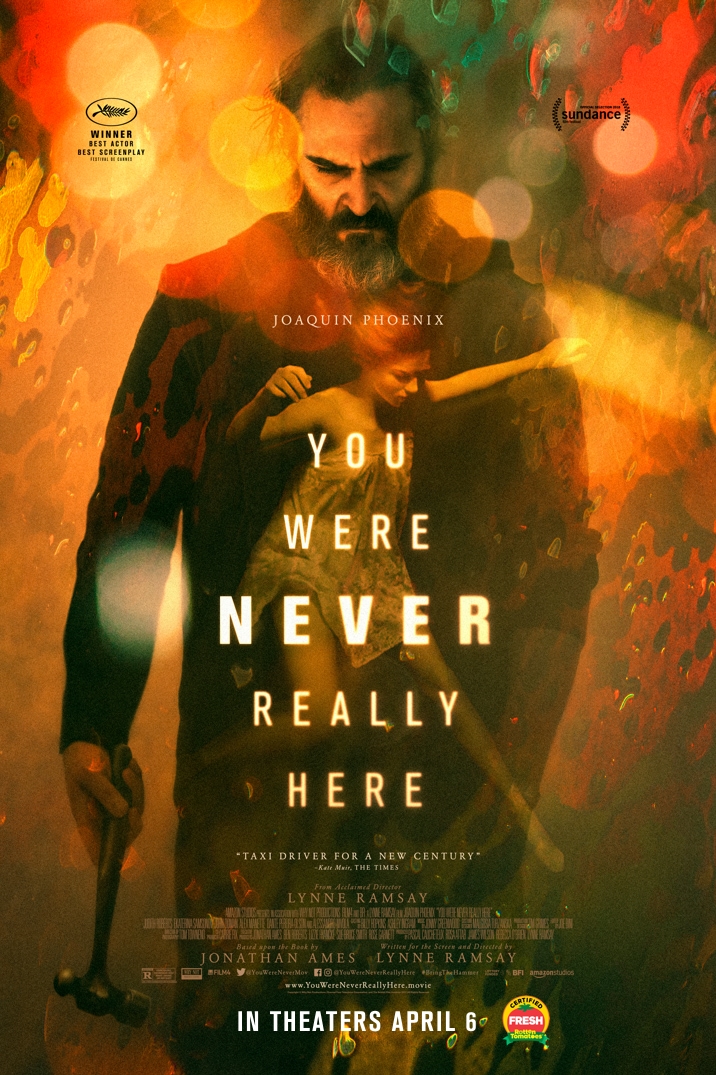 Early parts of Brigsby Bear looked like a badly-executed, very narrow corollary to Room — and I was thinking it headed for contention as worst of the year.  Soon enough, however, Brigsby Bear turns into a sweetly endearing and entertaining film.  There’s still too much suspension of belief required, but the movie doesn’t let you dwell on it — which is the same that could be said about the missing titles.

Brigsby Bear was yet another barely-shown yet marketed film.  In this case, it wasn’t a whole lot to miss — but that’s beside the point.  This will be the last one before my 2017 list; the remaining two are A Cure for Wellness and The Blackcoat’s Daughter.  I’ll let you know if I ever get round to watching those.

A nice surprise-bonus of Brigsby Bear: Mark Hamill is a good actor!  6/10

Besides the fact that this guy is really old, there’s not a lot going on here.  But the old guy is Harry Dean Stanton, and I like him.  Seeing some other old timers was nice too.  The script is too full of contrived pontificating, but there is sweetness as well.  6/10

PS The director apparently has no direct familial relation to David Lynch.