Ultimately, as much as I may analyze a movie and deconstruct its various elements, the numerical evaluation I reach is achieved by nothing more than how it hits me on an emotional level. It’s a gut-reaction meter to how I felt walking out of the movie theater and driving home. With Honeyland, I walked out feeling it’s a solid 7, good but somehow not great.

Later that evening, my thoughts on the film prevented me from sleeping. I thought about how extraordinary it was to have this documentary play like a nondocumentary. That a narrative without narration could be so convincing. I had read somewhere before seeing Honeyland that it was a documentary, but other than being very authentic, it plays like a normal feature film.  It’s remarkable how all the plot elements were so perfectly captured without actors and a storyboard.  Or at least I assume it was all real and not produced ‘reality TV’ style. So refreshing compared to the last documentary I saw, the dismal Marianne & Leonard.

Whenever a film keeps me tossing and turning at night, its number goes up the next morning.

Now a big negative that I’m sure no one else cares about: No beginning titles whatsoever is more than irksome.  It’s like you’re trying to insult my intelligence. Do you think I don’t know the title of the movie? That it’s some great revelation at the end when you bestow the title upon us, the humble moviegoers? Just put the title up front, a-hole!

Apologize for losing it there a moment.  One more thing: there’s a sense the film takes place in a far-flung, western-Asian place like Georgia, or Uzbekistan, or Afghanistan — but no.  This is Europe.  It turns out the decidedly Asian language is Turkish — though I did not recognize it as such.  But the Asian part I got right. Throwing me off too was the equally Asian vastness of the landscape, which in fact belongs to Europe. I can safely aver that this is the first, and most likely last film I have ever seen made in North Macedonia. I didn’t even know there was a country called North Macedonia. And I definitely learned a thing or two about bees.

There’s no margin for error.  Imagine an Olympic-gold-medal-level athletic achievement that if you don’t get that gold medal, you’re going to die.

That’s pretty much what free soloing El Cap is like.  You have to do it perfectly.

At some point I will finally publish my Ratings Explained post.  Case in point is Free Solo: why is it less than a 9/10?  It’s completely gripping and a profound examination of life.  Answer: there are obvious comparisons to The Walk.  Free Solo is probably the best of the year so far, but I didn’t have that feeling of unbridled joy that The Walk gave me.  9/10 is a high bar — almost as high as El Capitan. 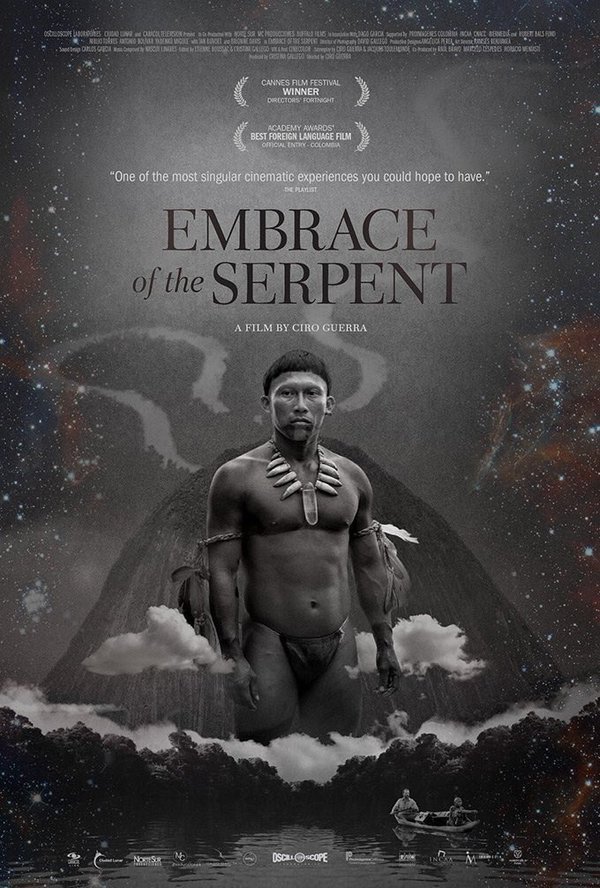 I was reluctant to see Embrace of the Serpent because it didn’t make sense to me that a lush jungle setting would be depicted entirely in black & white.  But it turns out that’s not the problem — monochrome allows one to focus on the textures, and only adds to the film’s richness.  Too bad the story doesn’t.  For most of the film the plot is compelling, but, like so many movies, it doesn’t know how to close the deal.  5/10

The Revenant is a grand spectacle of filmmaking virtuosity on a scale perhaps never before seen.  With Birdman, Iñárritu set the keystone of his newly developed fluid style.  I wrote that Birdman was:

…a film executed in whirlwind non-stop frenetic fashion that will hold you from start to finish. …But I found the story too monotone, or put another way Birdman has trouble breaking free of its self-imposed Alcatraz.

The Revenant builds on the expertise set forth in Birdman, and adds a stronger story.  Birdman’s enclosed spaces have been blown out and replaced by vast, wide-open, windswept and snow-covered landscapes, and realized by an absolute mastery of the lens and anything put in front of it.  From a moviemaking point of view, The Revenant is pure wonderment.  This is an impressive film.

Something else I liked was that this is a Western put in stark, brutally realistic terms — a true rarity.  So there is no doubt The Revenant is a great film.  But there were a couple storytelling issues I ran into.  A couple 5-minute days, for example.  I mean, I know it’s winter and the days are short, but they aren’t that short.  Another small problem toward the end nagged me slightly.  And ultimately, the story, with all its applied nuance, is fundamentally a one-dimensional revenge picture, with a pair of characters at the core who could have been more interesting to say the least.

The Revenant will win the Best Picture Oscar, and I don’t have a big problem with that.  8/10

Comparison Notes: Recommended: Dancing with Wolves, Dead Man, I Spit on Your Grave; Not Recommended: The Grey, True Grit (2010)

Everest is like Black Mass: there is an extraordinary true story in there somewhere, but it’s not always so easy to tell.  Now I am being a little unfair: for the most part, Everest does a very good job telling its story, providing both good character colorizations and an explanation of the numerous reasons why it is so tough to climb the world’s tallest mountain.

But narrative problems hinder it from being a truly great film.  As great as Everest is at depicting activities involved in preparing for a summit push, once that push begins things go amiss.  A seemingly small problem early on in the summit attempt: skipping altogether the act of evening rest and overnight sleep in Camps 1, 2, 3 and 4.  It may sound a small and perhaps irrelevant omission — I take it the filmmakers felt that way — but besides missing out on a key experience of climbing nature’s biggest beast, it left the effect that the entire mountain was perhaps being climbed in one day.  This confusion as to the chronology of events is accentuated by the fact that throughout the film — where chronology is less critical — the times and locations are well-captioned.

The chronology issue represents a major botch on the part of the filmmakers.  Confusing the matter even more is talk at Base Camp of a “May 10” summit push — but it’s unclear if that means they are on their way from Base

Camp on May 10, or if that refers only to the final day of the climb.  Since we never see them sleeping on the mountain on the way up, and since captions go missing during this period, a lot of confusion is unnecessarily dealt to audience members.

So the narration as regards chronology is not such a small problem.  But what’s worse is that when things start going south, the narrative again crumbles.  It’s very difficult to tell the location, condition and circumstances of the various characters at the most critical time.  Iced-over bearded faces and little vocalization sometimes make it difficult even to recognize certain characters at certain times.  During the time of greatest panic, one certainly understands that lives are in peril, but not clearly how so.  And that is the biggest failure of Everest.  I shouldn’t have to go back later and read about the events on Wikipedia to get a clear understanding of what happened, but that’s what I did.

And that’s a shame, because there’s a lot of good in this movie.  Besides the positives I previously mentioned, Everest features perhaps the best use of 3D I’ve ever seen — even better than Gravity.  So even with its problems, I give Everest (in 3D) a solid recommendation.  7/10

Mountain climbing is something that fascinates me; this year two movies serve to satisfy that curiosity: Everest, a dramatic presentation of true events, and the documentary Meru.  There’s a lot to like here, and for anyone taken by nature’s majesty — and wrath — I offer a solid recommendation.  But documentaries need to work on a dramatic arc just like non-documentaries, including a strong final stretch which Meru lacks.  Plus, I’m not sure the long shots at night were real.  7/10