Searching runs at a nice dramatic pace with no letup.  Everything is from the view of webcams; try to seen in a theater that doesn’t chop off the top and bottom of the screen as did the overpriced place where I saw it.  The film was weakened with an overly simplistic and unsatisfying conclusion, but this is a good movie. 7/10 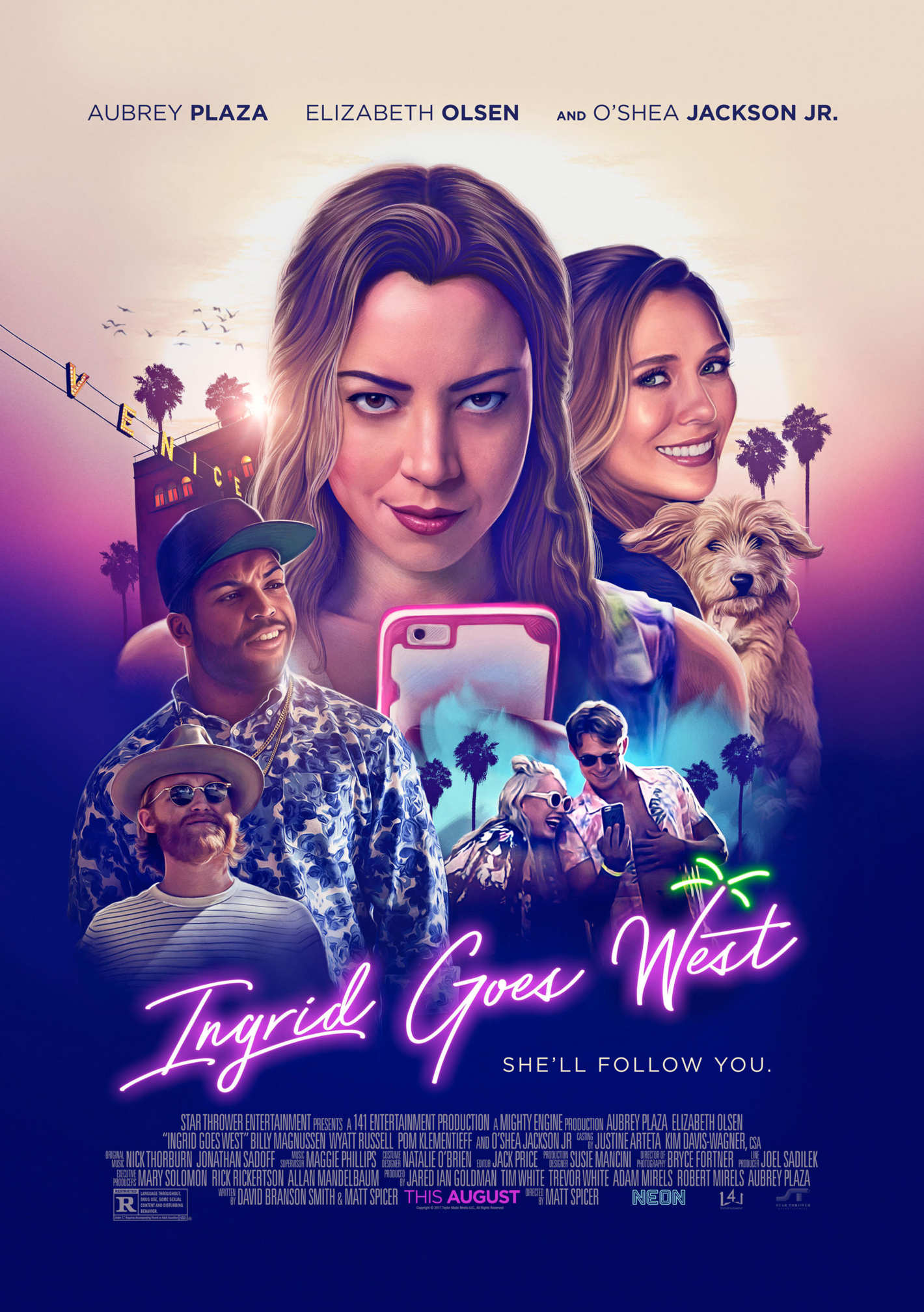 I first saw Aubrey Plaza in the delightful Safety Not Guaranteed and have relished her appearances ever since.  Ingrid Goes West pairs her with another fave of mine, Elizabeth Olsen (from among other things, the magnificent Martha Marcy May Marlene).  It can be thought of as a modern/social media take on Purple Noon/The Talented Mr. Ripley, which is to say there’s a lot of completely original material here.

a hypercurrent satire of Instagram celebrity and the kinds of lifestyle aesthetics that flourish there, is such a vivid and minute portrait of our boho-chic, mid-century modern, reclaimed wood, custom typography, shrub-swilling, microgreens-on-heirloom-quinoa moment

Ingrid Goes West will frequently make you feel uncomfortable.  But that’s a lot better than not making you feel at all.  8/10

The good thing about bad movies is they make fair and good ones look better.  Boyhood, which I bestowed with a 7/10 rating indicating good but not great, is a masterpiece compared to this clunker.  Men, Women & Children plays like one of those bad rom-coms like Valentine’s Day or He’s Just Not That Into You which juggle a bunch of different interpersonal relationship stories in lieu of having any single one worthy of a tale, but with very little rom and no com.  Awful narration by Emma Thompson only added to my displeasure.

I liked the trailer so much that I posted it without seeing the movie, put aside the Rotten Tomatoes score (29%), and set out to judge this cowardly film for myself.  On the plus side, modern themes are not completely mishandled and the performances are good.  3/10