Perhaps there’s a better word than “cinema,” which is just another word for movies. There’s room for debate as to word choice. The 4th definition down in Wiktionary is “The art of making films and movies” — so we can choose that one.

Either way, I agree with the hall-of-famer. Superhero movies generally bore me, so I avoid them. I thought the highly-regarded Black Panther was a slog. Give me a movie that takes me in, that grips me in the unexpected. Not a theme park. 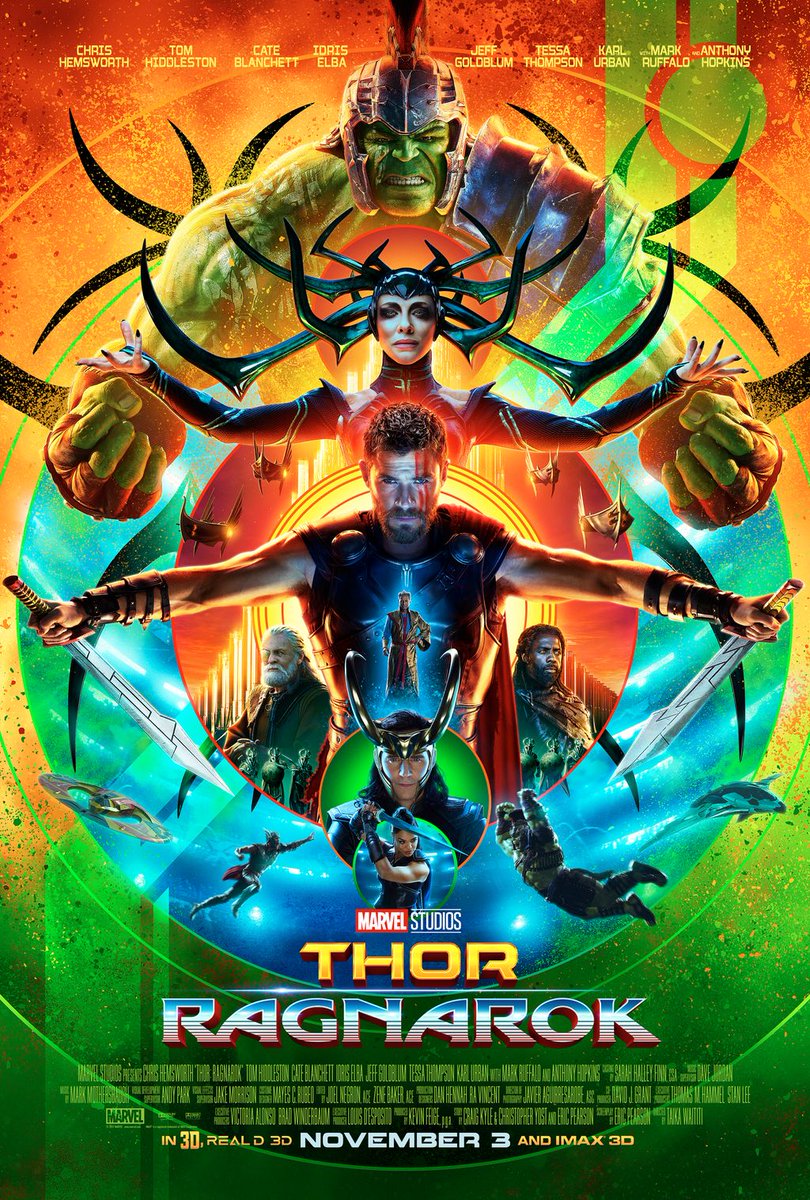 The 2017 Thor movie gets a marginal thumbs-up laden with the normal caveats.  Definitely some fun moments and charged performances, especially from Cate Blanchett, who was utterly charming last time out on Ellen.  Second half of that appearance below, along with her “Kneel.” clip.  6/10

Credit Apple TV marketing for finally pushing me to see the biggest movie of the year.

What I do is not up to you.

There are nice bits of Wonder Woman that absolutely soar.  But…

Perhaps my biggest problem with superhero movies is they all end exactly the same.  Wonder Woman is no different, which is too bad — because otherwise I found myself having a good time.  I didn’t even mind the beginning non-titles (see posts on Les Miz, Selma, and the upcoming one for Logan Lucky.)

Two trailers included below. This movie is growing on me, but for now my original evaluation: 6/10

Pursuit – run-in, pursuit – run-in, pursuit – really big run-in, end of movie.  This basic, worn out, unengaging and paper-thin plot structure is the bane of many superhero and “action” films, and to some degree explains the disparity between the Tomatometer and my score on a movie like Logan.  Almost makes you wonder if all these other critics are so dim as to not recognize the formula, or somehow think it novel.

I liked the feisty girl, and the performances in general were OK.  I’m a bit of Hugh Jackman fan — from Les Miz at least.  Add in a little fun to get 4/10.

Comparison Notes: the much better Mad Max film from a couple years back

Suicide Squad is the most hyped movie of the year by far, so despite the poor reviews I took it as my duty to go see it. Plus, it looked kinda fun.

The funny thing is that although it was terrible, it wasn’t worse than any other latter-era superhero / comic-based movie.  Which is to say critics can’t find the line between good and bad action flicks.  2/10

For a real female superhero movie, I suggest La Femme Nikita.  And for a real evil-doer movie, Dead Calm.

I was even more set against seeing Deadpool than I was Hail, Caesar!, but, as with the Coens’ picture, something switched.  Deadpool has legs, and I thought how bad could all the male crotch/ass shots be?  As it turns out, bad, but also not frequent or disturbing enough to ruin the picture.  So we’re left with a fairly original, somewhat fun, somewhat boring, plotless film.  I am really on the fence with this one, but the lack of a compelling story was causing my mind to drift, so a marginal thumbs-down.  5/10

The early returns on Alejandro G. Iñárritu’s Birdman are in, and it is hitting universal praise.  I’ll be seeing it soon enough and will report on it then; in the meantime, the director and veteran actors Michael Keaton and Edward Norton appeared on Charlie Rose.  And check out the Charlie Rose website for other interviews with luminaries inside entertainment and out — there is no better talk show.  If you bear with an annoying 30-second ad, you will be treated with an alternate trailer at the beginning of the segment.

The year of the blockbuster continues.  Guardians of the Galaxy was reasonably entertaining, but dragged down by the requisite draggy action sequences-in-lieu-of-a-good-plot that plagues most of these big action pictures.  But with fun characters, cool visuals and a good sense of humor it was definitely a kick above most blockbusters released this year.  And the action pieces were, for the most part, above average as well — you could even say exciting.

Guardians was best when sporting its classic tunes — I only wish there had been more.  And something I find ironic is that the period music integrated very naturally with the futuristic sci-fi action on the screen, as contrasted with the complete inability of American Hustle or Dazed and Confused (for example) to achieve the same effect, despite being set in the period belonging to their respective soundtracks.  Classic songs were affixed superficially to those broken movies.

One thing that did bother me about Guardians was the sense the entire movie through that its primary purpose was to generate sequels.  And, sadly, the filmmakers rather gallingly confirmed that inevitability by stating so before the end credits rolled.  Still though, enough fun for me to recommend it; kids and action/superhero fans will eat it up.  And I do love that “Marvel” animation at the beginning — it’s getting better all the time.  6/10

A couple very cool scenes in the first half are killed off by utter boredom in the second.  Highly rated on Rotten Tomatoes, so maybe I’m missing something — but I doubt it.  And how many times do we need to see someone strapped down to a chair while his “other consciousness” is doing battle in another time and/or place?  We saw that in The Matrix; is it possible for filmmakers to come up with anything original?  4/10